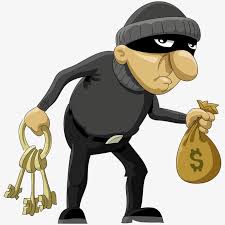 It been awhile since I wrote a book review so here’s one now.

When you read thief what’s the first book you think of?

For me it’s The Thief Lord, The Lightning Thief and The Book Thief!

All three of these books have a different setting and different time frames. But one thing they have in common is…….

Would have never thought right! Okay it’s blatantly obvious, because the word thief is in each title. 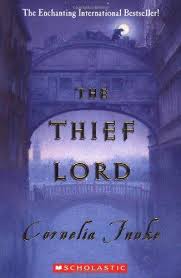 First book The Thief Lord by Cornelia Funke is a marvelous little tale of two brothers.Prosper and his younger brother Bo, who’s only wish is to stay together, and live in Venice. A place their mother used to talk dreamily about. With an unfortunate twist of events their mother passed away. This left them in a bind.

Prospers and Bo’s mother’s sister Esther has decided as their only relation to take Bo as her own son. In her eyes Bo looks like an angel with his golden hair curled beautifully at the ends and a round face. Prosper on the other hand she see’s as a problem in her mind it’s okay to send him off to a boarding school. So she’ll only need to deal with him once a year if she’s lucky.

With no other option Prosper and Bo hop on a train to Venice. Enchanted with the sights of the place their mother dreamed about they wander around aimlessly. They’re together but they have nowhere to live and barley any money. Prosper is worried as the older brother he needs to take care of his little brother. As luck would have it, they run into a thievery gang of children.

I’ll leave it at that! If you want to know more, read the book.

Next story The Lightning thief by Rick Riordan is awesome. Seriously, I love this series.  Rick Riordan manages to add humor and sorrow to this series in a way that makes you naturally root for the main character.

Percy Jackson is a boy that loves the color blue. His whole life has been normal if you consider he’s been kicked out of multiple schools, is always moving around, happens to be dyslexic, and watched his mother turn into gold dust. But hey that’s life.

FYI, DON’T WATCH THE MOVIE!!! If you have not read the book do not watch the movie for The Lightning Thief.

Okay, the last story is The Book thief. If I’m honest, this book made me cry. I would tell you why, but It’s better if you listen to the audiobook read by Pierre Volk.